video: beyond the rim of the starlight

I can't tell you how many times I've been criticized for taking seriously something that people don't take seriously, or don't think worthy of it. But that tendency has led me to some rewarding moments.

Case in point: the theme from Star Trek. The melody, by Alexander Courage, has gradually become respected as a 20th-century icon. (Read more here.) The lyrics are another story. Star Trek's creator, Gene Roddenberry, wrote them, never intending to use them on the show, but enabling himself to get half the song's royalties. Though this had been written into the contract, Courage was exasperated when he found out Roddenberry actually did it; he never wrote any more music for Star Trek episodes. Meanwhile, as far as I know, no one has ever recorded a serious version of the song — not once. Can this be?

Roddenberry, who was apparently trying for the Grammy Award For Most Uses Of The Word "Star" In One Song, certainly commits some doozies, the most scorned of which must be "Love, strange love a star-woman teaches." Horribly corny, yes, but behind the corniness is a very real dread, known by women from Phoenicia to Nantucket. Smirk all you want: the song taps into something universal here.

This is why I chose not to switch the genders. In jazz, songs that are gendered get switched up all the time depending on whether a man or woman is singing. On the face of it, that's odd. After all, city-dwellers can sing about daisies in green pastures, gray-haired singers croon about first love, but it's rare that a male sings a song from a female perspective, or vice-versa. The lyrics are almost always fiddled with — sometimes jarringly, as with Ella Fitzgerald's "Have You Met Miss Jones," which she changes to the lame "Have You Met Sir Jones." Sir Jones? Really? (All is forgiven, Ella being Ella.)

But I claim license to deliver a song from a woman's perspective, and I think it's important in this one to keep the genders where they are. This song could be sung by Filipa Columbus, Sophie Aubrey, Ahab's wife. It would certainly be understood by them. Note the phrase "as he wanders his starry sea," rooting this song in our watery planet. Also note the emotional pronoun: Roddenberry could have written "as he wanders the starry sea," and it would have been fine; that single word "his," though, is a touch of genius, showing some psychological insight.

Singing it, I also caught onto the song's final words: "Remember me." It echoed in my mind with one of the most indelible songs ever written, Dido's Lament from Sir Henry Purcell's opera Dido and Aeneas. Of course, Dido would relate to the singer here too, and, read this way, the final line suggests a darker ending to this portrait of a woman left pining.

Recently, I threw a chart in front of my fellow Jazz Protagonists. They didn't disappoint. We at once settled into an unusual, haunting mood, with Darren Kuper's percolating beat setting off Greg Norris's sinuous bass line. Only later did I notice Greg's spontaneous reference to the original show's opening fanfare at just the right time in the coda.

All in all, I had tons of fun taking this song seriously.

Unknown said…
To recover a fine song from the 60's studio schmuszh, and free it from the cramping adhesive of its broadcast legacy ... this would be achieved only through a very fine artistry. You did it. Plus insights on the composition, which are funny, and meaningful; a reference to P. O'Brian; high-quality musing on gender, and other gems of criticism to make my day.
12/15/10, 3:13 PM

the opposite of onomatopoeia? 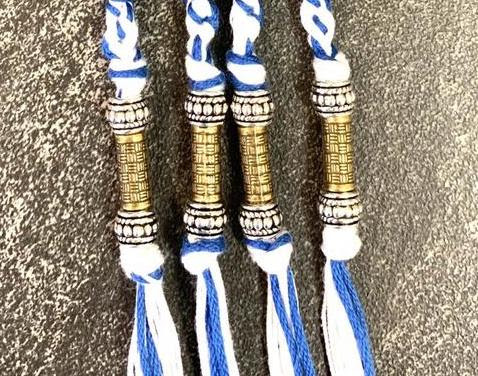 the earliest blue sky yet